I love almost everything about HBO GO on my Apple TV: the user interface is intuitive, the service is fast and responsive (except when a new Game of Thrones episodes is available), the ability to watch a preview of most of the movies and TV shows increases the chance that I’ll commit time to watching or saving a movie for another time, the overall design is appealing, and access to a majority of the HBO catalog is a plus.

But what I do not love is how often HBO GO spoils major events of a show by the thumbnail image chosen for a particular episode. 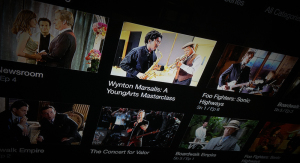 What is the solution to this problem?

Whether the image is chosen by software or by an intern, there needs to be a quick check by an HBO catalog expert to make sure it is spoiler-free.

How much time would this take? Not long at all.

Another solution could be the ability to turn off image previews so that I can still navigate the system without the possibility of spoilers. Maybe a Spoiler Free setting?

How much time would this take? Probably several hours of programming time to add this feature to the HBO GO API and then the integration time by major streaming devices.