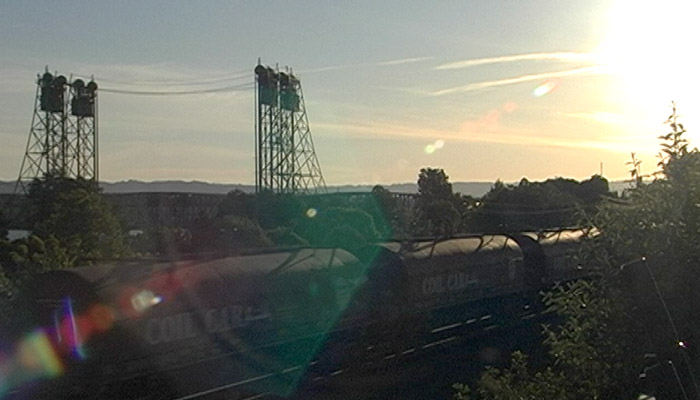 What would it take to revitalize downtown Vancouver? This question has been asked by consultants and downtown organizations for a few years now. While progress seems to be occurring at a dismal pace, I continue to hear from friends, “Give me a reason to go downtown.”

In a recent article in The Columbian–Consultant gauges progress toward downtown revitalization–Columbian Staff Reporter Cami Joner paints a picture of that question being answered by Portland-based consultant, Michele Reeves. Here is a list of problems as presented throughout the article:

Reeves’ solution to these problems is to “think about the story downtown is telling ’24 hours a day, seven days a week'” and to focus on the aesthetics of the area, treating it like a stage, so that “retail displays, cafe tables, enticing aromas and music spill out onto the street.”

While I agree with the majority of the problems listed above, the last problem is by far the largest and misrepresented throughout. It is not just a sense of a divide, it’s very real. It’s the battle of the urban eclecticism of downtown and the supremacy of chains and beige in the suburbs. Add to that, a conflicted administration that either focuses too much on either side of the divide without figuring out how to get both sides mingling together.

Some other problems that I see are a lack of pride in certain areas, elitist and arrogant behavior on behalf of certain businesses and owners, a desire to redefine Vancouver in the image of Portland, and a one-political-issue-town: the troubled bridge over water.

Want to revitalize downtown? Treat Vancouver as a whole. The suburbs need public spaces, stages for retail drama, and a sense of identity. Downtown needs character, safety, air freshener, and a reason for people “to journey” there from the suburbs.

Modern businesses that occupy or purchase historical buildings must continue to tell the story of the past by showing a glimpse of what the future could be.

Landmarks are great. They are a valid reason to go somewhere, but people are better. While buildings and locations tell a part of the story, people add the details and the interest. How can you build upon the history of not just downtown, but Vancouver as a whole? I have lived here all my life and yet I know very little about the town’s history. Whenever I learn a tiny portion, I am intrigued, regardless of the area. So, why not create regional tours with a mix of entertainment, suspense, and history?

Treat everyone with respect, like they are welcome, regardless of what you do or where you are.

We are not Portland. We will never be Portland. Instead of applying another city’s template to Vancouver, figure out what story Vancouver is telling and amplify that across the entire region.

Trying to compete with “sales tax-free Oregon shops” is not the way to do business. Sure, it’s a very real problem, but if there is a reason to come downtown or journey to the suburbs, then taxes are no longer an issue. Whenever I travel to Disneyland, I pay a huge premium in taxes. I may complain for a moment, but then those concerns are dissipated by Peter Pan and Dumbo.

Regardless of where you are in Vancouver, figure out a way to ensure cleanliness and fresh air. No one likes the smell of piss or cow manure.

Tap the untapped resources of the area’s independent businesses. Let’s get independent filmmakers working throughout the region, business training for artists, centralized locations for consistent information.

Why do I go downtown?

I live in the suburbs of Vancouver. I travel to downtown 3-8 times a week. Why?

There are great meeting spaces in the form of coffee shops.

I like the historical nature of downtown which is severely lacking in the suburbs, even though I know there is a story to be told.

Finally, when I go downtown, I am reminded of just how divided and diverse Vancouver really is. By focusing on uniting the entire region, that is when we will revitalize our entire region with human capital, ultimately translating to financial resources, artistic integrity, and safe communities.